Prevention, detection, and treatment are on the minds of many as the world works together to raise awareness about cancer. It is going to take the world to combat this deadly disease that rears its ugly head in many different forms. I am eager to help in any way I can, starting with this blog post.

Cancer is the uncontrolled growth of abnormal cells in the body which form malignant tumors. Unlike benign tumors, which do not grow uncontrollably, do not invade neighboring tissues, and do not spread throughout the body, malignant tumors (cancer) invade nearby parts of the body and may also spread to more distant parts of the body through the lymphatic system or bloodstream. There are more than 200 different known cancers that afflict humans and, every year, 7.6 million lives are lost to cancer worldwide according to the Union for International Cancer Control. That’s more than AIDS, tuberculosis, and malaria combined. So it is no surprise that most of us know someone who has battled the disease.

In preparing this blog post, I reached out to my husband’s Aunt Frances who battled breast cancer in her late forties. Like many, Frances was

diligent about scheduling yearly mammograms after she turned forty. However, it wasn’t until she was 49 that she was diagnosed by the very same doctor who, coincidentally, had diagnosed her younger sister just five months earlier. Her doctor informed her that the disease had actually started growing two years earlier but because of the density of her breasts, it had gone undetected. Fortunately, because her cancer was a very slow growing type (tubaler carcinoma), her journey through treatment was not the nightmare many must go through.

Thankfully, Aunt Frances is now cancer free and, believe it or not, says her experience is one of the best things that has ever happened to her. Because of it, she is now actively involved with the American Cancer Society, ACS Cancer Action Network, and ACS Relay for Life and has met some amazing friends in her journey. Most importantly, it’s given her a new perspective on life as to what really truly matters (hint: it’s not the small stuff!). During our chat, she said something that really made an impact on me. Her words were simple, yet extremely profound:

“Listen. Realize that cancer is not contagious and is not always a death sentence.”

Her words speak directly to one of the topics of this year’s World Cancer Day focus. The campaign, which is called “Cancer- Did You Know?” aims to dispel four damaging myths and misconceptions about cancer.

Myth 2: Cancer is a disease of the wealthy, elderly, and developed countries.

Myth 3: Cancer is a death sentence.

Please click the links above to learn more about each.

The World Cancer Day website has a list of ways you can participate today and year-round to help spread awareness. Some things are really simple, like sharing a World Cancer Day message or a World Cancer Day info graphic with your friends on social media or learning more about staying healthy. New York City is getting in on the spreading-awareness-action by lighting up the Empire State Building with the colors (orange and blue) representing the Union for International Cancer Control. If you’d like to take your assistance up a notch, Aunt Frances encourages you to check out and consider donating to any of the following organizations that fund research, educational programs, support groups, travel for cancer patients to receive treatments, and provide wigs and “feel good” makeovers to those fighting cancer.

Have you or someone you love battled cancer? Are you doing anything special to support World Cancer Day? How do you help spread awareness? Share your story with us here, on Twitter or our Facebook page. 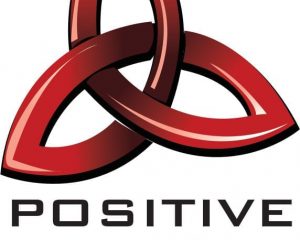 Behind the Scenes at Positive Force Consulting