Time to Get Inspired! The Mother’s Day Edition 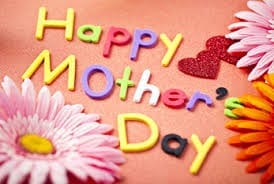 Mother’s Day is just around the corner and as a mom of two boys, I’m looking forward to it! I love spending “snuggle time” with my guys and opening the sweet gifts they make for me. I can never get enough macaroni art and finger paintings.

In honor of this special day, I thought it’d be fun to continue our “Get Inspired” theme and create a list of famous mothers who inspire the world in their own unique way.

You’d have to be living under a rock to not know who Sheryl Sandberg is! Author of the NY Times bestseller Lean In, Chief Operating Officer at Facebook, and a leader in the gender-equality-in-the-workplace movement, Sandberg’s reputation precedes her. What doesn’t get quite as much attention is the fact that she is a mother of a six year old girl and an eight year old boy. As a business owner and mother myself, I appreciate her unapologetic approach to taking your work life by the reigns without giving up the joy (or time) of raising a family.

The author of the Harry Potter books, not only is Rowling a creative genius, she managed to pen one of the most popular series while raising her daughter as a single mother on the United Kingdom’s equivalent of welfare. On her Wikipedia page, she shares that her reason for writing so much of her first book in neighborhood cafes was because taking her baby daughter on walks was the only way she could get her to go to sleep! I love the motto, “Where there’s a will, there’s a way” and Super Mom Rowling’s work ethic epitomizes that.

Mrs. Gates is often overshadowed by her husband, Bill Gates, but she is a force to be reckoned with. Not only has she helped to develop many of Microsoft’s bigger projects, served as a member on many important nonprofit boards, and co-founded the Bill & Melinda Gates Foundation (which has given out more than $24 billion in aid), she is also a mother of three teenagers. That deserves an award all its own! I really admire women who emphasize philanthropy in their lives. Mrs. Gates leads by example and is such an amazing role model. Oh, and did you know she was born, raised, and graduated as valedictorian of her high school class in Dallas, Texas?

Providing a calm and trusted voice during times of crisis and celebration, Diane Sawyer had to make this list. Though she has no biological children of her own, she is stepmother to her husband’s three children from a previous marriage. Like many of the women on this list, I feel she is admirable for leading by example and showing that a fulfilling career, especially one that helps others, is possible for women. In addition to her television anchoring and mothering duties, Sawyer carves out time to give back to charities including the Elizabeth Glaser Pediatric AIDS Foundation, the Entertainment Industry Foundation, Stand Up to Cancer, and the United Nations Foundation.

Marissa Mayer made waves when she was hired as Yahoo’s Chief Executive Officer in 2012 after serving for 12 years at Google (where she was the tech giant’s first female engineer hire). Almost immediately, she made major changes both to Yahoo’s services and to the company’s culture. For the first time in years, Yahoo reported revenue growth under her watch. In addition to her many professional accomplishments, she also recently gave birth to a baby boy. Ms. Mayer built a nursery next to her office at Yahoo’s headquarters so she could spend time with her son throughout her busy workday. Although she’s received some backlash for this move, I think she’s setting an important precedent that women (and mothers) can have it all when they accept nothing less.

You might be surprised to see Cher on this list because, well, it’s a little random. As any mom will tell you, though, no matter how busy or “big” you get, your children always come first. I think Cher has shown that through her unwavering support of her transgendered son Chaz. You don’t get much bigger than Cher. I appreciate that she’s used her notoriety in the public eye to bring awareness to the LGBTQ movement.

Who doesn’t love to laugh? Whether performing on Saturday Night Live, acting in a movie, or writing for the hit show 30 Rock, comedian Tina Fey never disappoints! It takes wit and intelligence to be so funny and this mom of two young daughters brings it. I think she personifies success. She’s a multitalented woman who tries new things, gives back to the world around her (especially via Autism Speaks) knows how to laugh at herself (not to mention all the way to the bank!), and sets an excellent example for her girls.

Elected in 1991, Ann Richards was only the second female governor of Texas; known for her outspoken feminism and one-liners. This mother of four took her governorship by the reigns, growing Texas’ economy while the U.S. economy slumped, reforming the Texas prison system by establishing a substance abuse program and reducing the number of violent offenders released, and helping to institute the Texas Lottery system (supplementing school finances throughout the state). To manage all of that plus raise four children, there’s no way she wasn’t making it onto this list of inspirational moms!

Ms. Turlington is beautiful on the inside and out. From 1987 to 2007, she was “the face” of popular brands such Calvin Klein, Maybelline Cosmetics and Versace. But the work that most impresses me is her campaign to end preventable deaths caused by pregnancy and childbirth around the world via her foundation, Every Mother Counts. According to the Every Mother Counts website: “After suffering a complication following the delivery of her first child, Grace, in 2003, Burns learned about the shocking global statistics related to pregnancy and childbirth. Once she knew that hundreds of thousands of girls and women die from similar complications, she committed herself to learning all she could so that she could contribute meaningfully to a cause she connected with so deeply. Soon after the birth of her second child, Christy returned to graduate school to pursue a Masters in public health, and began working on NO WOMAN, NO CRY, the documentary she directed and produced about the global state of maternal health.” Clearly, Christy is not merely a supermodel but a role model as well.

I hope you’ve enjoyed learning about some powerful mamas out there. Who is your favorite inspirational mom? Let us know via our Comments section below, our Facebook page, or Twitter feed.

If you’re a mother, I wish you a happy and relaxing Mother’s Day! 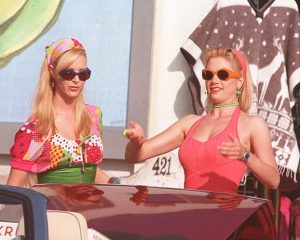 Time to Get Inspired! The Movie Edition 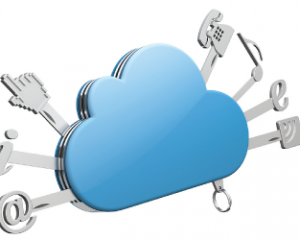